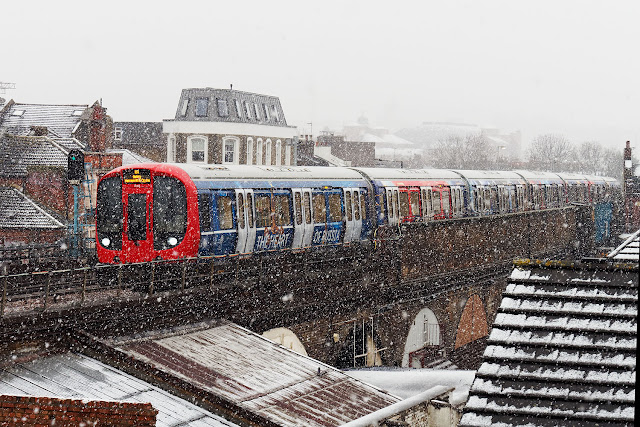 My beloved took this picture about two weeks ago when there was snow in London. Taken because there was snow in London, which is/has become a rare enough event that it's worth marking. It was only after taking this picture did she realize that this is of the rare, as in one of, tube trains with the vinyl advertising achievements of Russian scientists.

There was supposed to be a reciprocal arrangement of British scientist on the Russian Metro, which didn't come to pass. There's an article on the New Scientist site, which unfortunately may well be behind a paywall called, How bumbling British boffins became a standing Russian joke.

Snippet under fair use for review said:


When The Heart of Russia took to the rails in October, the British Council announced that it would be running a similar stunt on the Moscow Metro: a Science Train adorned with images of Isaac Newton, Charles Darwin, Michael Faraday and the like. Part of something called the UK-Russia Year of Science and Education, one of its goals was to improve the reputation of British scientists in Russia.

As you can tell from the paucity of blogs, I've been busy doing other stuff.

I now have an SF novel for sale on Amazon called Bad Dog. Two sequels to follow this year.

Having successfully achieved this goal, it has made me wonder whether I should publish my history of the Petaluma and Santa Rosa Railway. The main bar is the lack of pictures, but an eBook, which reviewed the available historical accounts might be popular, and realistically given the copyright on the pictures, be the only opportunity there is to see all the research I did brought to a wider audience.

That leaves me with only one thing to say, Happy New Year.
Posted by A R Pollard at 18:39 No comments: 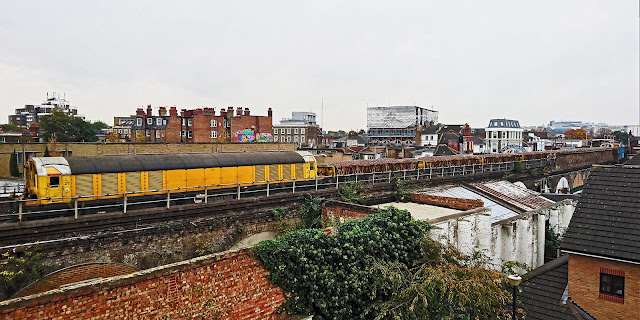 We live next to a tube line, Hammersmith & City, where trains passing late at night by out flat keeping us awake, which is not terribly romantic.  Still, it means we get to see work trains that are usually in tunnels when doing their stuff.  Our disturbed sleep being your gain. 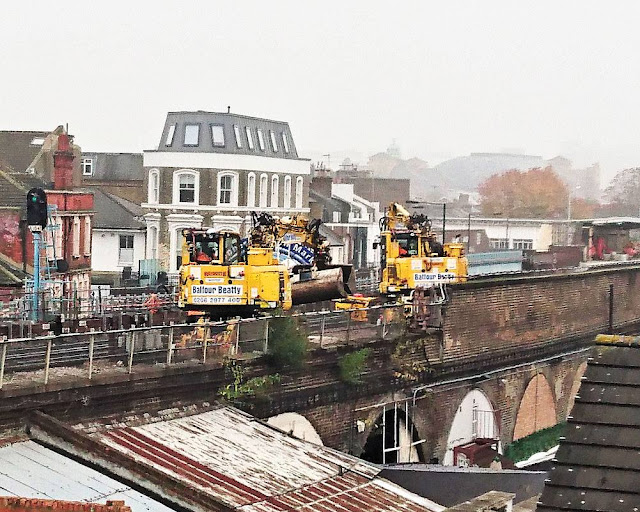 Would make a nice vignette on any layout.
Posted by A R Pollard at 20:40 9 comments: 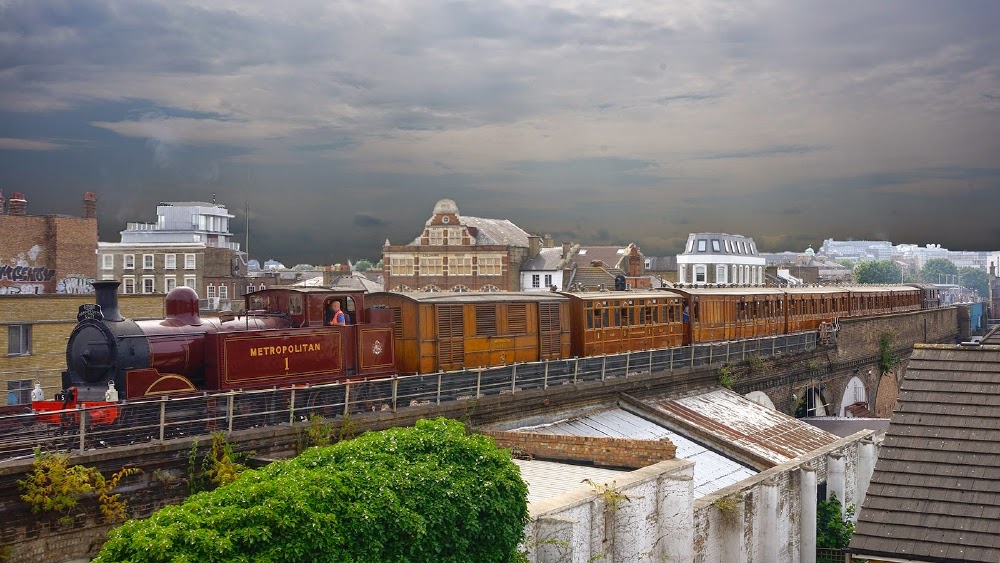 It has been a while since I last posted, but today the London Transport Museum were running a heritage train on the Hammersmith & City line, which I live next too.  This is one of those events that makes up for all the times one has been woken at 04.30 when the trains start running past the flat. 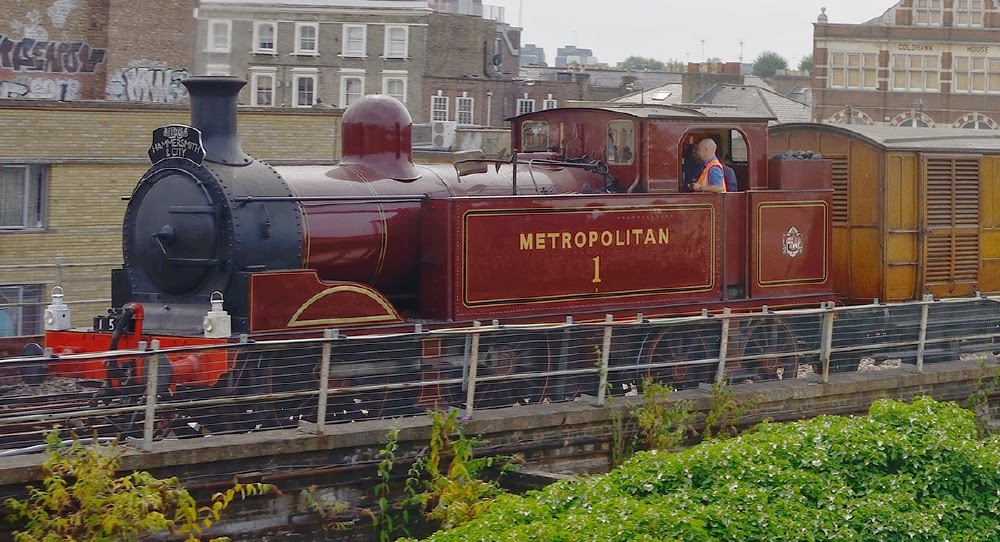 The train had a steam engine at one end, and yes it did run through the tunnels between Moorgate and Hammersmith.

And an electric Bo-Bo, Sarah Siddons, at the other.  This train was a class act, and the we could see from our window the photographers crowding on the platform at Goldhawk Road taking pictures of the event.  At one point it looked like they would miss the train as modern stock was in the platform blocking their view, but the train cleared in time for all to see the heritage special go by. 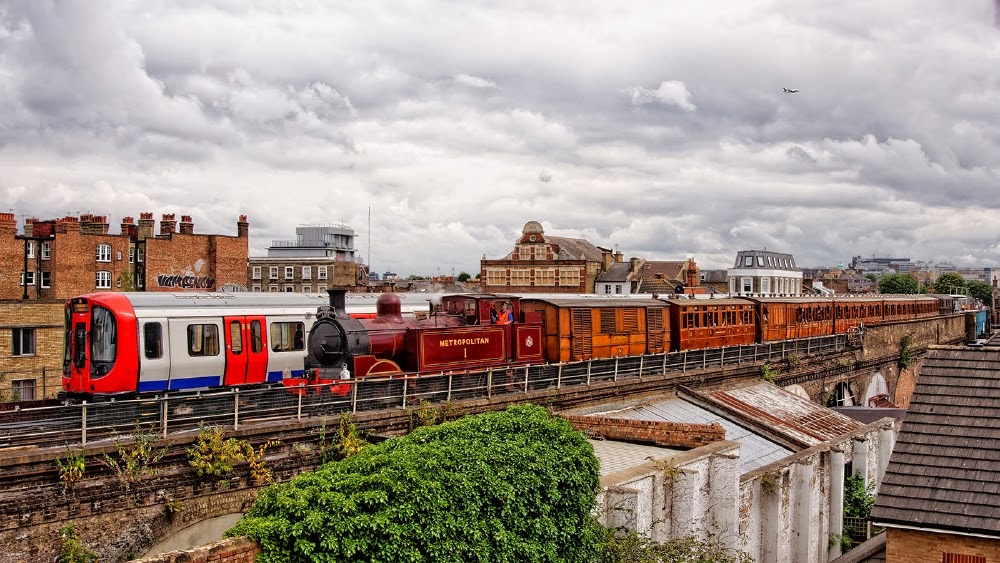 Final run of the day caught the new stock passing the other way to the old timers.  London Underground put on a good show today. 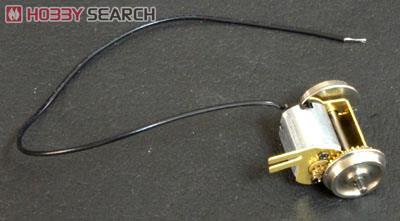 Now look at these here.  I'm going to have to get some of these to try out.  I have one particular project in mind that this would be the ideal answer to the current poor drive train.

So, after all the years of argument about whether or not HO scale suspended motors can be done here we have a commercial product at least.  Now of course these won't be suitable for everything, but with due diligence I can a lot of modellers being able to use these.
Posted by A R Pollard at 17:24 8 comments: 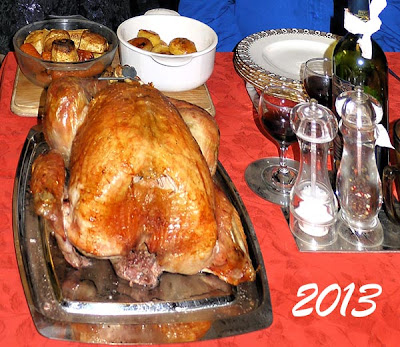 A belated happy Thanksgiving to anyone who is reading this.  I've been far too busy doing other stuff this year to pay much attention to this blog, but I would like to give a big shout out to Ohkwari Sales who doggedly worked to get my Atlas Burlington boxcar to me despite Atlas's taking a lot longer to get this model to market.

All I can say is thank you to the owner of Ohkwari for his diligence in getting me this boxcar.  I could have asked for no better service.  I highly recommend this eBay dealer.
Posted by A R Pollard at 17:56 1 comment:

Email ThisBlogThis!Share to TwitterShare to FacebookShare to Pinterest
Labels: American 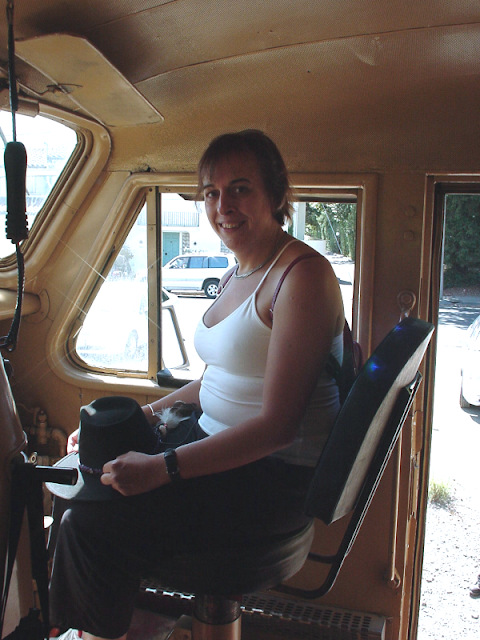 I had an email from one of my MRR friends this week inquiring if I was okay and what has been happening to me?

The answer in general is I'm okay and I'm very busy writing my second novel.  Not that the first one is published.  In fact it still needs a second draft rewrite to tidy it up, but my plan is to learn how to write novels by writing novels, because practice makes perfect.  The detail are to write everyday, for definitions that means Monday to Friday, and just write for a year.

At the moment I'm averaging around a thousand words a day and the first draft of my first novel stands at 94,000 words and the first draft of my second novel has 57,000 words is still a work in progress.  Been rather focused on writing to exclusion of all else, but I have been looking at Burnham Yard and starting to think about doing something, which is called procrastination.

So no updates on the under floor drives, or modelling in general.  So you all have to make do with a picture of me in the cab of an EMD FA diesel taken a few years ago when I was last over in California.
Posted by A R Pollard at 14:52 6 comments:

My Baseboards Supplied By 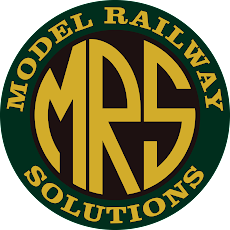 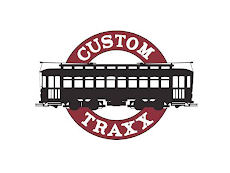